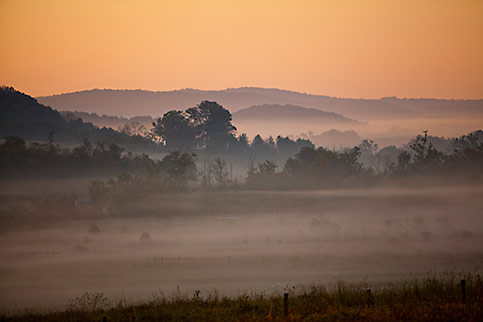 In 2015 — before it had undertaken the production of any original, independent reporting about Rappahannock County — Foothills Forum determined that it was very important to determine the attitudes of county residents.  Eager to create a baseline for future journalism in the community and wishing to not presume anything as to people’s priorities and concerns, Foothills undertook to conduct a full, formal public opinion survey.

The survey was mailed to every Rappahannock household with a mailbox or post office box. – a total of nearly 3,000. The response rate was 42% — an encouragingly high rate for such a survey.

In April 2016, The Rappahannock News published a three-part series on the survey’s results.

The survey was a first for Rappahannock: a comprehensive, countywide questionnaire on a full range of interests, issues, concerns, and levels of satisfaction provided to every household in the county. It was community supported in the best sense, paid for through generous contributions to Foothills Forum

Every day in your email inbox to keep you abreast of local developments on the coronavirus front in Rappahannock County.

You have Successfully Subscribed!

By submitting this form, you are consenting to receive marketing emails from: Rappahannock Media LLC, 1360 Old Bridge Road, Woodbridge, VA 22192, US, http://www.insidenova.com
You can revoke your consent to receive emails at any time by using the SafeUnsubscribe® link, found at the bottom of every email.
Emails are serviced by Constant Contact