The Local News Crisis Is Deepening, But You Can Help

By Andy Alexander, Board Chair of Foothills Forum
Quality local news is said to be the “connective tissue” that binds a community. But in many places – especially rural areas like ours – it’s endangered.

Weekday print circulation for local newspapers fell 55% between 2015 and 2020, the Pew Research Center recently reported. Combined print and digital advertising revenue continues to decline. “Many local newspapers have been forced to shutter their doors permanently, especially during the coronavirus pandemic,” Pew reported.

The rate of newspaper mergers and closures is accelerating, according to Northwestern University’s Penny Muse Abernathy, whose groundbreaking research in recent years has sounded the alarm about the nation’s loss of local newspapers.

“The loss of local journalism has been accompanied by the malignant spread of misinformation and disinformation, political polarization, eroding trust in media, and a yawning digital and economic divide among citizens,” Abernathy wrote in an update on her research. “In communities without a credible source of local news, voter participation declines, corruption in both government and business increases, and local residents end up paying more in taxes and at checkout.”

Reporting on the crisis, the news outlet Axios observed that “the local-newspaper crash is deepening America’s divides. Less plain truth is available. And smaller towns are being hit worse than big cities.”
Roughly 70 million people – about a fifth of the U.S. population – now live in a “news desert,” defined as a county without any newspaper or only one paper, typically a weekly.

What prevents Rappahannock from becoming a dreaded “news desert”?

First: the locally owned Rappahannock News, which publishes the in-depth stories produced by Foothills Forum journalists. Our partnership – we collaborate but are editorially independent – helped the Rapp News to be recognized this year by the Virginia Press Association as the best weekly of its size in Virginia.

Second: YOU!  Hundreds of people in Rappahannock County have supported Foothills Forum financially with donations both large and small. Those contributions underwrite the award-winning reporting, photography, videography and graphics that have established Foothills as one of rural America’s most successful and innovative community-supported nonprofit news organizations.

We’re grateful for your loyalty and hope you continue to support us by helping to underwrite our important work.

And, of course, we always want to hear your story ideas or suggestions for how we can improve. Send them to: info@foothills-forum.org 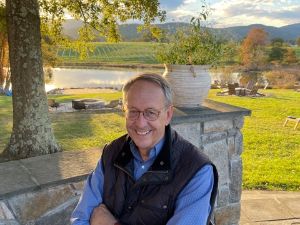 Readership Of Foothills Stories Has Never Been Higher

Throughout the country, newspapers continue to see their print circulation decline. That’s true of the Rappahannock News, whose print circulation of roughly 1,900 has inched down a bit in recent years. That’s far from the steep circulation plunges seen elsewhere, and it’s very healthy for a county of only about 7,400 people.

But here’s some good news for the nation’s papers: while print circulation continues to drop, readership has increased. That’s true of the Rapp News. That spike in readership, driven by digital delivery of news, means that many more people are reading our Foothills stories.  In addition to the online edition of the Rappahannock News, additional readership is gained through the Rappahannock News Daily, the free emailed newsletter produced in partnership with Foothills. It has grown to more than 1,300 subscribers – impressive for a small population. Its daily “open rate” often approaches 55% (about double what is considered extremely good). And the “click rate” – the number of recipients who click on any link in the email – is close to 15%, about triple what’s considered healthy in the media industry.

Add to this the 400-plus subscribers exposed to stories through daily Rappahannock News/Foothills text alerts. They are prepared by talented young journalist Julia Shanahan, who works with the Rappahannock News as part of the Report for America national service program that places emerging journalists into local newsrooms. Julia’s salary is partially underwritten by Foothills.

Reaction To “This Place”

We received a lot of compliments on the mid-June kickoff to “This Place,” our series of occasional stories about what divides – and unites – Rappahannock County.
Foothills reporter Randy Rieland did a masterful job of digesting scores of interviews into an informative, nuanced narrative. A sidebar explained how local clergy are encouraging more civil discourse. And photographer Luke Christopher and editor Cliff Hackel produced a touching video on how the community came together to honor two local child cancer survivors and their families. View the entire package here.

“This is great and compelling work,” wrote Betsy Edwards, executive director of the Virginia Press Association, which featured “This Place” as the lead item in its weekly roundup of the best local reporting in Virginia.

But there also was criticism, some of it strong.

In a letter to the editor, a member of the Board of Supervisors ridiculed the story and blamed Foothills for divisions. “Do these people ever look in the mirror?” he wondered. He accused half of the members of the Foothills board “or their spouses” of being “very aggressive public instigators in the past four or five years.”

In an email, another member of the Board of Supervisors asked: “Did you really publish a multi-page story on political division in our county with quotes from the Come-Heres and Been-Heres to make the not-so-subtle point that everyone resents one another? How is this news? How does this help anything or anyone?”

It’s disheartening – but hardly uncommon – when people blame the messenger for stories that explore uncomfortable subjects.

We tackled this issue because it’s been a topic of public discussion and concern in our community (as well as many others). To understand its dimensions, we spent months conducting lengthy, not-for-attribution interviews with nearly 60 members of the community. We took care to include a wide range of people reflecting the diversity of the county – differing ages, gender, race, education levels, socioeconomic standing, length of residency, political affiliation or ideological viewpoint. Universally, we heard that discourse in Rappahannock has coarsened to the point that many people are unwilling to even listen to opposing views. But we also heard about what unites us, with many examples of how people put aside differences to come together to meet community needs.

It’s always important for us to listen to critics. And engaging them in one-on-one dialogue can benefit everyone. (That offer was made to one of the Board of Supervisors critics; he declined).
But it’s also worth remembering that the primary goal of reporting on contentious issues is to reflect reality, not to engender harmony. It’s nice when both happen. They rarely do.

Recently the Rappahannock News featured a marvelous Foothills story by Bob Hurley: “Amissville: A village without a Main Street.”

Amissville is a “village”? It has no defined boundaries, and its zip code straddles three counties. But as Bob detailed, Amissville has a rich history and a robust population that identifies it as home.

The Amissville report includes a spectacular video about the post-Covid return of the Amissville Volunteer Fire and Rescue Carnival, one of the community’s more popular long-standing traditions.

The video was shot by Luke Christopher, with drone footage by Robert Stephens and editing/music by Roger Piantadosi. It’s part of our “This Place” series, highlighting examples of how Rappahannock comes together.

It also represents a shift toward more video. Foothills recently helped underwrite the cost of new video equipment, and we plan more videos to accompany our stories. Why videos? They bring more depth and richness to our storytelling, and they’re easy to share digitally through our web, newsletters, text service and social media platforms.

Since becoming a journalist under contract with Foothills in 2016, Randy has produced a string of award-winning series in the Rappahannock News. They’ve covered a wide range of subjects, including broadband access, rural health care, the opioid epidemic, and the mental health impacts of the COVID pandemic.

After graduating from Ohio University, Randy began his journalism career in newspapers, first with his hometown Pittsburgh Press, then with the Baltimore Morning Sun. He switched to the magazine business, becoming editor of Pittsburgh Magazine, and moving on to The Washingtonian, where he was a senior editor. In 1995, he made another career shift, this time to digital media, when he joined the team that launched the website of the Discovery Communications networks. He ultimately became senior vice president of digital media for the Discovery Channel. He now is semi-retired, but in addition to his work for Foothills Forum, he is a regular contributor to Johns Hopkins Magazine.

Since 2004, Randy and his wife, Carol, have owned a house in the woods off Tiger Valley Road. Their primary home is in the Glover Park neighborhood of D.C., and earlier this spring, he became a volunteer with the National Park Service, sharing historical information with visitors to the Arlington House, the former home of Robert E. Lee above Arlington National Cemetery, and to the U.S. Marine Corps War Memorial. 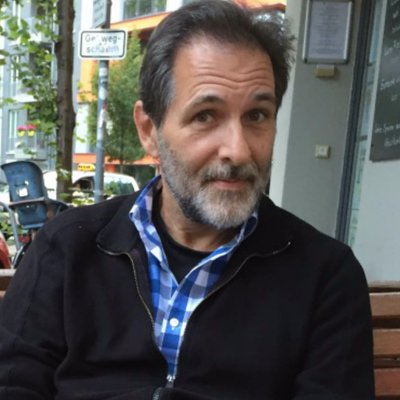 We received word several weeks ago that the Fagus Foundation has awarded Foothills a one-year grant of $50,000. The grant, the largest we’ve received, will help underwrite operational expenses, increased public events and continued production and distribution of the free “Rappahannock News Daily” newsletter that is emailed each morning to more than 1,300 subscribers. Thanks to Executive Director Andy McLeod and members of the Fundraising Committee for shaping and shepherding the grant application.

Fagus is the foundation of local resident Chuck Akre and his family. We are committed to transparency in disclosing all Foothills contributors and Fagus will continue to be listed on our website as a major donor. And when writing about Akre and/or his family, we’ll note their financial support in our stories.

Thanks to board member and Engagement Committee Chair Tac Tacelosky for hosting a Memorial Day gathering for Rappahannock’s younger set. This well-attended event was keyed to Bob Hurley’s excellent “Young (and Youngish) in Rappahannock” article earlier this year.

Rappahannock County has one of Virginia’s highest median ages (50.1). But Bob’s article revealed a surprisingly large and cohesive group of younger people who have committed to living, working and raising families in the county.

The purpose of the gathering? This was a chance to express appreciation to those who were interviewed for the story; many showed up and thanked Bob. But it also was an opportunity to explain what Foothills is and how we serve the community. 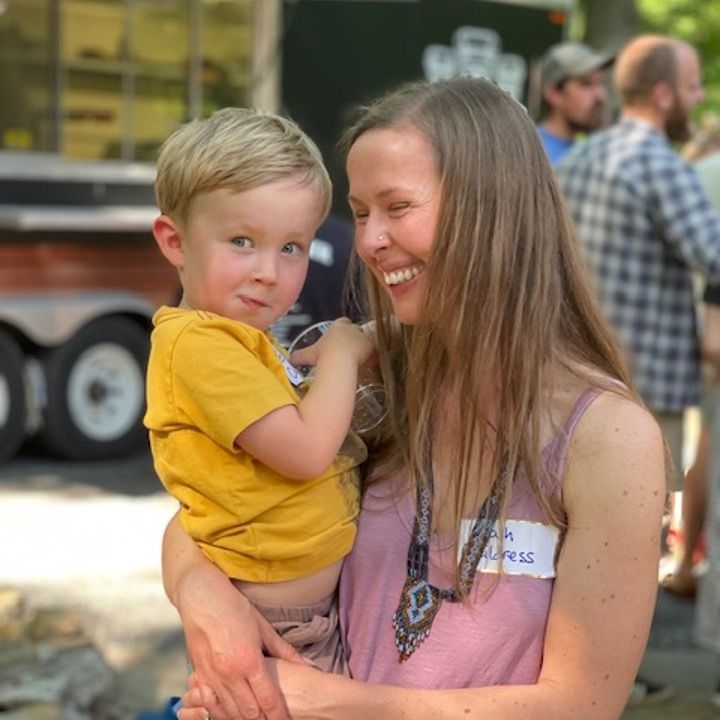 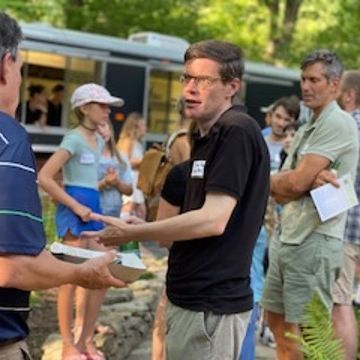 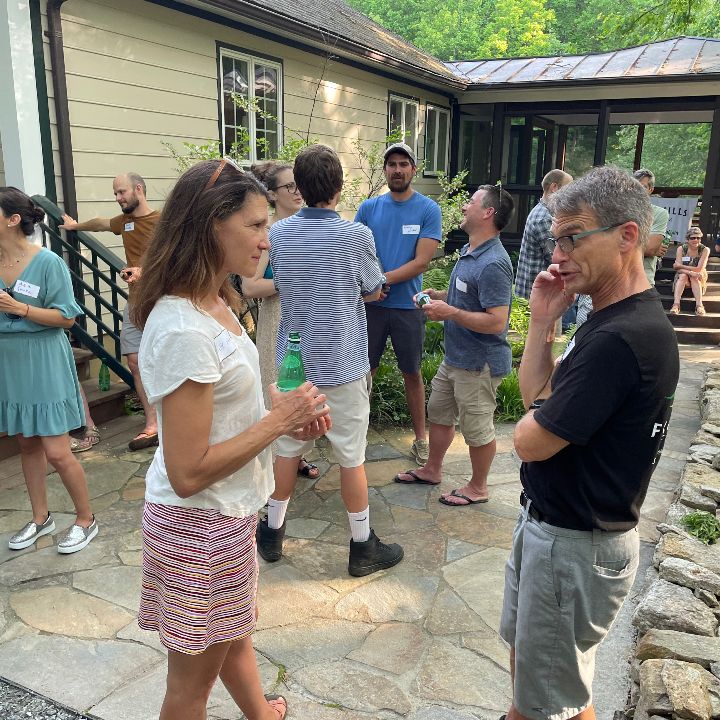 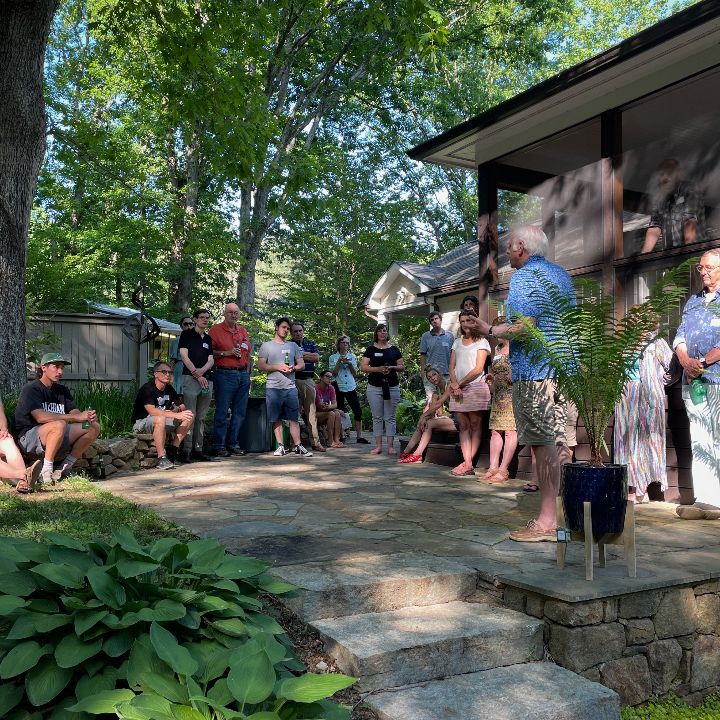 Power of the Press

Assessing the impact of our journalism is difficult. But sometimes we can see direct results. That was the case with a story Bob Hurley wrote this spring about area organizations facing an acute shortage of volunteer drivers to take seniors to medical appointments. Alerting the public to the problem prompted citizens to step forward and volunteer.

Mike Wenger, the chair of Rapp at Home’s transportation subcommittee, said the Foothills story in the Rappahannock News quickly restored their corps of volunteer drivers to a “healthy number” of eight, with five “a direct result of the article.”

How You Can Help

We’re kicking around ideas for small regularly scheduled gatherings, at locations around the county, where the public would be invited to share story ideas and discuss a recent Foothills story appearing in the Rappahannock News. Examples: Randy Rieland discussing the kickoff of our “This Place” series or Bob Hurley talking about his “Amissville” story.

We also are looking for opportunities to talk to groups about Foothills; think meetings of the Lions Club or Businesses of Rappahannock.

If you have ideas, email them to Andy McLeod andyhmcleod@gmail.com and/or Andy Alexander andyalexander1@me.com